In each of the four theme parks at the Walt Disney World resort, you can find thrills, performances, food, merchandise, and a little bit of everything in between. Having grown up visiting Disney World, I can easily say that Walt Disney World works to not only create memories for young children, but to allow even those young at heart to make new memories, relive old ones, and to remember their childhood of when they grew up with Disney. Another unique and wonderful thing about the Disney parks is that no one is too old to dine with characters, dance in the streets, or get their face painted. Going to Disney World doesn’t just mean getting away from your home, it means escaping the overbearing world of adulthood, and returning to when nothing mattered except how much fun you were having.

I personally have journeyed to Walt Disney World 11 times, beginning at age 6, and will be returning in June 2013 as an 18 year old, marking my twelfth visit. Being able to revisit my childhood and being able to spend time with family and friends is one of the things I love about Disney. Another thing I love is that I have found that from budget to attractions, college students can find many things to their liking at the Walt Disney World Resort in Kissimmee, Florida. As a college student and young adult, I see that Disney isn’t just for kids anymore, and hopefully you will too. Spring break can get expensive, no matter how you get to your destination or where you choose to go. At Disney, the hotels are reasonably priced, with value resorts priced at around $110 per night, including all hotel transportation to all four theme parks, two water parks, and Downtown Disney (Walt Disney Word All Star Sports Resort). Having visited Disney numerous times, not having to worry about renting a car are one of the many benefits of staying at a Disney resort.

You can now see that Walt Disney World isn’t nearly as expensive as you thought it was, but what is there to do for that price? The options Disney offers are practically endless, and just because you’re on a budget doesn’t mean you won’t be able to enjoy Walt Disney World. Swimming at your resort pool, watching free movies on the beaches of select hotels,are a few of the many different things your resort provides free of charge each day (USA Today Budget Tips). In the parks, EPCOT (Experimental Prototype Community of Tomorrow), Magic Kingdom, Animal Kingdom and Disney’s Hollywood Studios, Disney offers numerous activities to experience things you might only get the chance to do once in a lifetime. Each location and resort offers something new, and I really enjoy seeing all the different themes of the different hotels and parks for the cost of admission.

One of the great things I’ve discovered is Disney’s array of entertainment. You can find Cirque de Soleil: La Nouba, which is full of acrobatic performances that will amaze anyone who takes a seat in the grand theater in Downtown Disney. On Disney’s Boardwalk, the resort provides two dance clubs for those 21 and older: Jellyrolls and the Atlantic Dance Hall. Both provide live music and dancing until 2am every night, with a small entrance fee of only $10 (WDWinfo Review of Jellyrolls). In the parks, one of my personal favorites is the condensed and re-imagined productions of the Broadway favorites The Lion King and Beauty and the Beast. Both shows will give you a touch of what the actual Broadway shows are like, and it’s included in your admission. 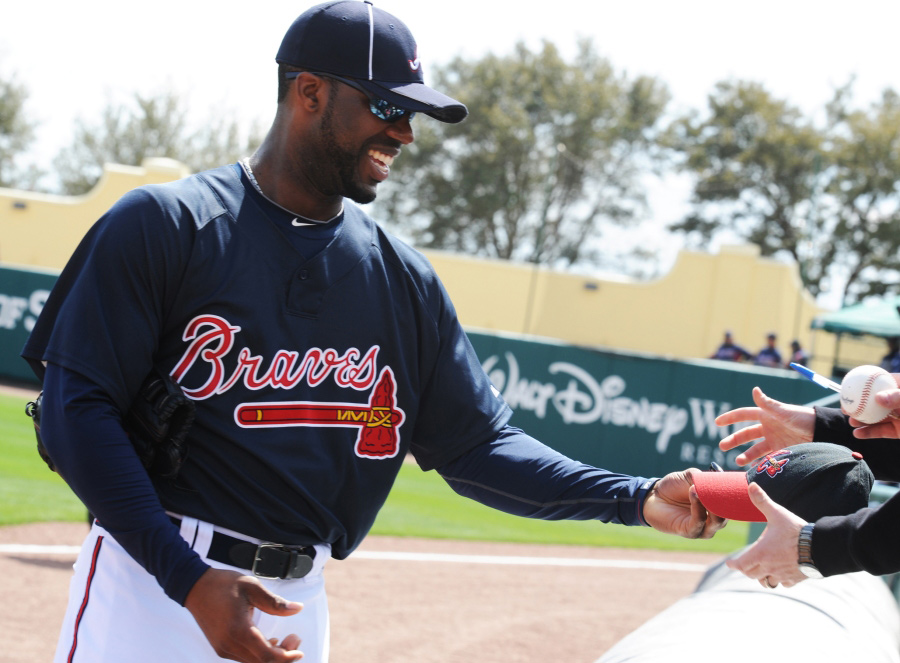 An Atlanta Braves player greeting fans at the ESPN Wide World of Sports Complex. Various athletes and teams come to the complex throughout the year.

A lesser known side of Disney is filled with athletics. Each spring, you can join other baseball fans in watching the Atlanta Braves spring training at the ESPN Wide World of Sports Complex, where most Major League Baseball teams come to play the Braves before the regular season begins, and tickets start at just $10 (Florida Grapefruit League). Marathons take place throughout the year at the Walt Disney World Resort, as well as golfing tournaments and collegiate and high school competitions.

At EPCOT, you can experience Future World and World Showcase. In Future World, you can blast off into space, go through a car test simulation, and soar over California. You can then make your way to World Showcase, where you will be able to visit 11 countries in less than 3 hours, including Germany, France, and China. I can easily spend an entire day in EPCOT, enjoying all the thrill rides that are more than just a roller coaster, as well as visiting all the countries, and maybe testing a few pieces of delicious fare along the way.

Personally, my favorite park at the Walt Disney World Resort is Disney’s Animal Kingdom. If you enjoy wildlife like I do, there are two walking trails at Disney’s Animal Kingdom that include gorillas, tigers, over 50 species of birds, a Komodo dragon, monkeys, and meerkats, along with the previously mentioned Kilimanjaro Safaris.

Another Disney attraction at Disney’s Animal Kingdom is Dinosaur, where you go back in time and rescue a species from extinction. Sounds simple, until you encounter the dinosaurs of the Cretaceous period in this dark and thrilling ride.

If you prefer a more adventurous time, I find that Kali River Rapids and Mount Everest are perfect for satisfying a need for a thrill ride.

Disney’s Hollywood Studios showcases both  the thrill and showbiz side of Disney. With the Hollywood Hotel: Tower of Terror and Rockin’ Roller Coaster Featuring Aerosmith as the park’s trademark coasters, you are sure to be screaming as you drop faster than the speed of gravity on one, and 60 miles an hour in three-seconds on another. The part of Hollywood Studios that I find most magical is the numerous theater shows Disney provides, such as The Little Mermaid, along with Disney’s Toy Story Mania, a 4-D interactive experience that people will easily wait 90 minutes to enjoy for just a few minutes. Disney’s Tower of Terror is one of the iconic thrill rides at Walt Disney World, but certainly not the only one, as Disney places thrills in each park.

In the heart of Disney World lies the Magic Kingdom, where you can visit the classic rides such as It’s a Small World and Winnie the Pooh, and enjoy more thrilling rides on the mountain range: Space Mountain, Big Thunder Mountain Railroad, and Splash Mountain. All three feature drops, turns, and guaranteed screams. Relive movie moments by taking a ride on Pirates of the Caribbean and the Haunted Mansion, and never grow up as you take a ride on Peter Pan’s Flight. The Magic Kingdom might not seem like a place college students could find anything worth doing, but sometimes taking a moment to relive your childhood and just being a kid for a day can be one of the best days for new memories and reliving old ones.

At Walt Disney World Resort, you can find 259 locations to get delicious food. For those on who are on the go, quick service locations are found throughout the parks, at Downtown Disney, and at Disney resorts. These provide a college student’s stereotypical dream food: burgers, fries, pizza, and soda. The great thing is, there is so much more than just burgers and fries at many of Disney’s dining locations. You can dine at a drive-in, The Sci-fi Dine In Theater, on the top of a hotel, The California Grill, or simply indulge in dessert at Beaches and Cream, where you can get a Kitchen Sink, full of 8 scoops of ice cream, a can of whipped cream, and every topping you can imagine. Recently, I’ve tested out more of the Disney dining locations, and one of my favorites would be Jiko, which means The Cooking Place in Swahili. At Jiko, you can find African fare as well as some American cuisine, as you enjoy a colorful restaurant and staff that can allow you to believe you took a trip to Africa.

Beaches and Cream’s Kitchen Sink is enough dessert to feed up to eight people, as the sink is filled with numerous scoops of ice cream, whipped cream, along with any and all toppings the restaurant has available that day.

You might be thinking about why you should go to Disney, no one your age will be going and you’ll stick out. Lucky for you, this is not the case at all. Disney specifically markets towards adults and college age adults, in the hopes you will come investigate the many different things they have to offer. In this video, you can see from water sports to dining, Disney believes you will enjoy their theme parks and accommodations just as much as I do.

Walt Disney World is the home of hundreds of attractions, dining locations, and entertainment options. Each park and hotel has something to offer a college student, along with being decently priced when it comes to a college student’s income nowadays. Hopefully with this overview of the Walt Disney World Resort, you have been able to see the side of Disney that isn’t just for kids anymore.

Photobucket. “Pirates of the Caribbean” JPEG.

Woman’s Day. “A Fourth of July Concert in the Sky”  JPEG.

« Homesickness in College: Fighting the Blues Feast or Fad: An Analysis of Cake Pops »