Wherever You Go, There It Is

Tragedy struck on August 1, 1966, when shots rang from the University of Texas. Charles Whitman, a disturbed former marine studying at UT, opened fire from the school’s now infamous tower. Thirty years later, people in the community still struggled to move on from this traumatic event, prompting professor Rosa Eberly to pen “Everywhere You Go, It’s There”, which discusses the ways in which memory is influenced by medias such as television, radio, film, newspapers, and even music. The media reported on it extensively, trying to better understand why it happened. This coverage contrasts strongly with the University of Texas’ almost refusal to remember or discuss the shooting. Following Whitman’s rampage, the tower was closed from public viewing. Eberly states that when tragic events take place, people choose to either memorialize it or try to forget it ever happened, that has a tremendous impact on public memory. This occurs because memories are not just individual, but institutional and cultural as well. These forces shape and change the ways in which memories are formed. 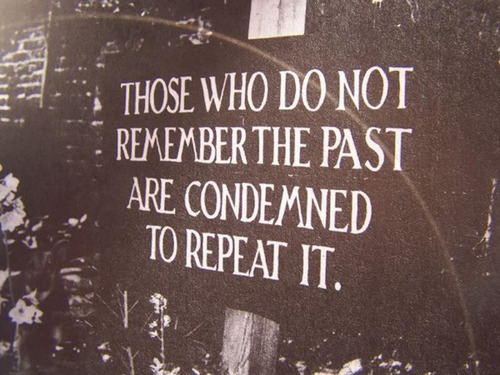 Media has played a tremendous role in the way that historical events are retold. Eberly notably states that, “Anecdotal evidence about interactions between and among various publics, institutions, and special interests regarding memories of the shootings and the status of the Tower itself as a topos,”(66). Topos, in the context of this article, is a stock way to think of an idea. Because memories are so subjective, influenced completely by what the witness was thinking or feeling at the moment that they sometimes do not seem credible. Thirty years later, when a local radio station is discussing the shooting, they receive calls from people still shaken by the events. Calling in was the wife of one of the officers who was killed that day. In the segment, she asserts that she still cannot stand to think about that day, and that the grief she feels over losing her husband never subsided. What is demonstrated is a rare case of individual memory that is seemingly uninfluenced by other forms of public memory. What she remember is not based in what has been reported on the incident, but instead on the devastation she still felt decades later. 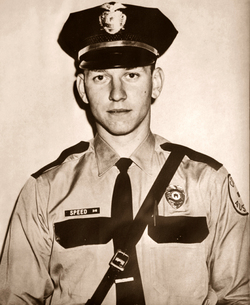 In the article, Eberly also discusses the horrible ways in which events can be memorialized, using the example of the Charles Whitman fanclub. As news about his past came out, many began to view him as a fallen hero. With the growth of social media, individuals who share these sympathies can now come together in new and unique ways. Below is a Facebook fan page for Eric Harris and Dylan Klebold, two young individuals who killed thirteen of their fellow classmates at Columbine High School in Colorado in 1999. It contains art, poetry, and music dedicated to their memory, insisting that they were the true victims while the people they killed had it coming for not being their friends. This assertion is rooted in the media, who reported that the two had few friends besides each other at the time of their deaths.. After Columbine, first-hand accounts of what these men were like prior to the shooting revealed them to be sad outcasts at the school who often faced cruel bullying from other students.  In response, lawmakers and educators alike began a wave of anti-bullying campaigns, hoping that it would prevent students from resorting to violence. Though this did help to give better perspective on why the shooting occurred, one could also argue that it gave excuses for actions that had previously been seen as being without excuse.

Eberly warned against the media characterization of killers as tragic heroes in 1995, before most of the infamous mass shooting we hear about in the news took place, and it is sad to read her article now knowing that her fear has been realized. Though it is important to examine the reasons behind a killer’s actions, responsibility for those horrendous actions should be placed solely with the person who committed them.

I am a Writing, Rhetoric, and Technical Communication major with a double minor in English and Spanish. I'm from Purcellville, Virginia.
« Eberly, Chaplin, and Public Memories The Rhetoric of Half Life 2, a Remix »